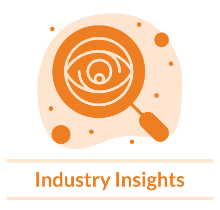 The merger of Synnex and Tech Data is about more than the distribution consolidation trend that people around the channel like to chat about. It’s a reflection of two forces in the tech market: the need to drive short-term value and long-term go-to-market evolution.

While the announcement says “merger,” Synnex is essentially buying Tech Data for $7.2 billion. Apollo Global Management, the private equity firm that bought Tech Data in June 2020, will receive $2.7 billion in cash and stock in Synnex, and will retain 45% ownership of the combined company. Tech Data CEO Rich Hume will lead the company; Synnex CEO Dennis Polk will become the executive chairman of the board of directors.

The justification for the deal is a consolidation of synergistic resources and capabilities. Synnex has a stronger presence in the Asia-Pacific region, whereas Tech Data has strong capabilities in Europe and Latin America. The two companies believe that together they can focus on faster and better development of next-generation services, technologies, and platforms – including cloud computing, Internet of Things, and intelligent edge devices. And they believe their cultures are complementary, making the combined entity the company of choice for vendors, partners, and talent.

Synnex doesn’t expect the deal, which requires regulatory review and approval, to close until the second half of 2021.

The deal is part of an ongoing trend in which distributors are merging or being acquired – particularly at the highest levels. As noted, Tech Data was taken private by Apollo last year. In 2017, Tech Data acquired the commercial distribution segment of Avnet, and Synnex acquired Westcon to expand its presence in overseas markets. And last year, Ingram Micro – currently the world’s largest distributor – was acquired by Platinum Equity Partners after four years under the ownership of China-based HNA Group.

The bigger story is how the distributors are snapping up technology and service companies to fuel their own transformation. Ingram’s acquisition of Odin provided the technology to give its cloud computing unit a platform on which partners can manage user accounts. Synnex bought Concentrix to expand its global service integration capabilities delivered to end users. Arrow bought eInfochips, a semiconductor design service firm, to complement and expand its component business. ScanSource bought Intelisys, a telecommunications master agent, to expand its customer base and capitalize on the growing synergies of IT and carrier services.

Distributors are doing more than just consolidating; they’re evolving. As the market continues to shift more products to service-based sales and delivery models, vendors and partners are wondering why they need two-tier channels. If there’s no product to warehouse and ship, does distribution become an unnecessary step and added expense in the go-to-market equation?

The answer is no.

Distributors are adding more service, design, sales, and support resources to increase their sell-through and sell-out capabilities and value propositions. They’re adding more resources such as marketing and partner management. And they’re evolving their credit and financing initiatives to minimize vendors’ risk and give them immediate revenue recognition.

From a partner perspective, distribution is a necessity. In our 2021 Channel Forecast report, 88% of channel partners say distribution is important to their viability and go-to-market operations. Despite market’s shift to services, partners still lean on distributors for access to credit and financing, technical resources, product identification and selection, and marketing support.

These new capabilities, though, are bringing distributors closer to conflict with their current customers: reseller partners. To their credit, distributors almost universally say they have no designs on competing with the existing channel by selling direct. They continue to focus their sales models and motions on selling with and through resellers, integrators, and service providers. Yet they have the capacity now to act like large account resellers (LARs) and systems integrators.

While mergers and acquisitions will continue to consolidate the distribution landscape, causing disruptions to vendors’ channels along the way, the real trend to watch is how distributors are evolving their value propositions and profit models. The point of view that vendors are just “pick, pack, and ship” is antiquated. Distributors are far more than their warehouse legacy, and they’ll continue to evolve – perhaps into a next-generation partner.